Ruddington continues to change in many ways. We have always benefited and lost out from our location, being close to but separate from West Bridgford and the City. The clearest example of this is in sports, leisure & young people’s facilities.

I enjoyed watching Ruddington FC win the league at Bilborough’s stadium. It is a pity is our village team could not be promoted because of the lack of suitable local sporting facilities.

The FC United of Manchester stadium is a fantastic example of a community owned stadium, which also has all weather outdoor pitches and as importantly, has rooms for use by the community, office space and on land not used have a partnership to grow rare English flowers.

The current plans include a micro-brewery and renewable energy generation. There are many examples of community owned buildings around the country.

Could we have such a stadium in Ruddington? 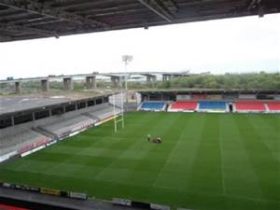 It would need a lot of hard work, passion, energy and discussion not least on the size of our ambition and wide spread community support.

If we were willing to put the hard work in it could be possible and a notable addition to our village.”