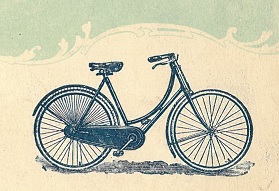 Did you know that a firm in Ruddington was making bicycles before Raleigh?

In fact, the company which was based on Parkyns Street had a long, varied and interesting history until it finally left the village around 15 years ago.

‘Alfred Cooke, Machinist’ was established in 1880 and set up business making cycles in an old forge situated in what was originally an orchard in Parkyns Street. The phone number around the 1910s was No. 7 Ruddington and the address was ‘Melbourne Works’. 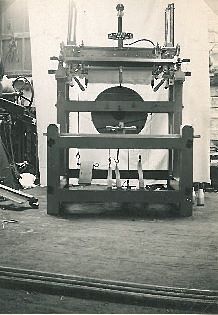 The first addition to the property was built in the style of a ‘Stockinger’s Shop’ as at this time the company had given up making cycles and diversified in to building handframes for the textile industry. These machines were shipped all over the world, including Russia, Australia and Canada. At the last visit, there were still at least two handframes made by Cooke’s in the Framework Knitters’ Museum. Interestingly, one of the handframes was sent to America and is now at the bottom of the Boston harbour having slipped out of its sling when being offloaded!

At the same time, Bert Cooke (one of Alfred’s sons) started up a Riley specialist garage attached to the factory and he became so well known for his knowledge and skills with these cars that a member of the Riley family was a regular visitor to the garage from their factory in Coventry. If only he was alive today to see that Riley cars can fetch as much as £60,000 to £80,000 for the most desirable sports models. 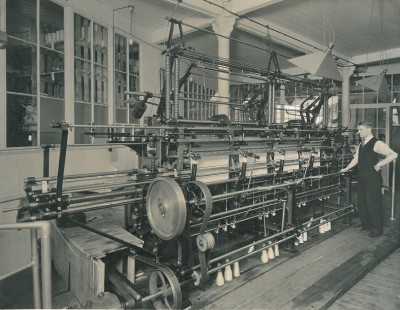 In 1946, the company became incorporated and was named Alfred Cooke (Machinists) Ltd.

As stockinger’s shops became less in demand due to an automated version being produced, Alan Cooke, (Alfred’s grandson) a very talented designer and engineer, started to design and develop a new style of lace machine but unfortunately a German manufacturer called Meyer got to the market first and so this project was abandoned. However, it did open up a new area of production and the firm started to manufacture chain links and produced pattern chains for the new Meyer Raschel Knitting Machines. These chains were sent all over the world and at this point, Alfred Cooke (Machinists) Limited employed more than 45 people in Ruddington.

As the years passed, the company realised that the textile side of the business was in decline and started to take on sub-contract machining for a variety of engineering industries alongside the existing business. In 1978, a subsidiary was set up to design and build special purpose machinery and the two companies worked hand-in-hand for a number of years as the chain link side wound down and eventually closed.

Some of the original buildings still exist today and two have been converted in to a residential dwelling.