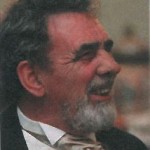 The death of Peter Roger Hartley in June 2012 at the age of eighty three brought back memories of the electrical firm he founded in the village that many residents will still remember and some will still have items bought from there.

Peter came to Ruddington with his Swiss mother and Yorkshire born father in 1936 at the age of seven. Leaving school at 14, he was apprenticed as an electrician doing deliveries around Nottingham with a wheelbarrow for 15 shillings (75p) per week. Following three years National Service from 1947, he returned home to find there was no work available and so he set up on his own with a bag of tools, a bicycle and £50. At that time miners’ cottages were being converted from gas to electricity and this gave Peter his start, along with repairing small electrical items in his bedroom at night! 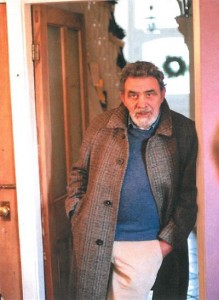 The little business started to grow and in 1956 he took on his  first  employee,  the late Gordon Kirkman, and then in 1958 he took on the late Ron Pallister, both of whom were to become directors of P. R. Hartley Ltd. In 1957, Peter opened a shop on the High Street in Ruddington and other shops followed; Keyworth in 1962, East Leake in 1968, Radcliffe on Trent 1971, Charles Street, Ruddington in 1974, and then he took on the old Liberal Club on Shaw Street as a workshop. There were now around 45 employees with a fair number from Ruddington and his business included electrical contracting, sales and repairs for domestic appliances and more.

On a personal level, Peter married Marian in 1960 and they went on to have three children; Roger, Louise and Tom. He played football for the village team until he was about thirty one and after that, despite his heavy workload and busy family life, Peter still found time to get actively involved with the Parish Council and with the Rotary Club.  In 1993 Peter retired to live a very full life in France with his wife Marian.  They made lots of good friends and enjoyed their time there until late in 2011 when they returned to England for a ‘holiday’. 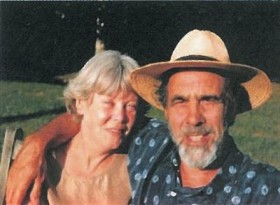 As for the business? The retail business was sold to Alan Broughton around 1989-90 but the electrical contracting business continues, run by local man Peter Stevenson.

I would like to convey my thanks to his widow Marian, for help with this tribute.