Congratulations to the Ruddington Arms and their licensee, Mark Anderson, for their place in the Licensee of the Year competition, run by the British Institute of Innkeeping (BII). The competition is sponsored by Sky, and is seen as one of the most prestigious awards for individual licensee operators in the UK. 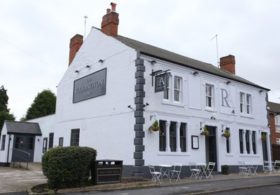 The 16 semi-finalists have already seen off strong competition from 200 entrants across the UK. The next step is a visit from the judges, who will carry out an assessment and interview. The Ruddington Arms said in a tweet: ‘We are really surprised, honoured and proud to be named as one of the semi-finalists in the BII Licensee of The Year Awards 2017.’

And in a further nod of recognition, the pub has also been nominated in the ‘Best Drinks Venue’ category of the Nottinghamshire Food and Drinks Awards.

The winners of both awards will be announced in June. Good luck Ruddington Arms!