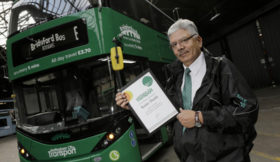 Regular bus users will know that the village is well served by the 10 and 3 buses – and now two of the drivers have been recognised for their services in the village and beyond.

Badar Sheikh is a familiar face on the Green 10, and received 2017’s first ‘seasonal driver’ award from Nottingham City Transport in the early part of last year. Badar scored 91% during his mystery traveller assessment, helping him scoop the award. He was also one of the first drivers of the new eco-friendly buses which were introduced on the route a few months ago. 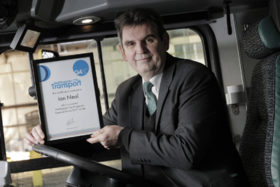 Well done also to Ian Neale, of the Navy 3, who was the winner of the final ‘seasonal driver’ award, rounding off last year nicely for Ruddington’s bus drivers.

Both men were shortlisted for the 2017 NCT Driver of the Year competition – thanks to them both for all their hard work for our community.