There were three nominations to fill the vacancy in Camelot Ward on Ruddington Parish Council: Yvonne Lishmann, Mark Pinks and Ian Wilson. 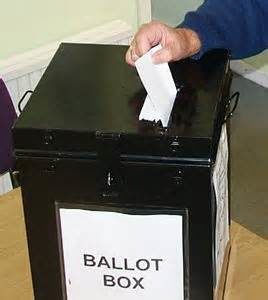 The vote was held on 23rd February at the Village Hall. The result was:

So Mark Pinks is the new councillor for Camelot Ward.

Chairman of the Council, Councillor Allen Wood said “I welcome Mark to the Parish Council and look forward to working with him for the benefit of Ruddington.”

In the meantime, Nick Tegerdine has resigned from the Parish Council. Ten electors from Easthorpe Ward can request a by election by 14thMarch, otherwise the vacancy will be filled by co-option.

Chairman of the Council, Councillor Allen Wood said “I would like to thank Nick for his time on the Parish Council, for the immense amount of work that he has done and acknowledge the positive changes that he has initiated. As a committee chairman over the past number of years Nick has been central to all the developments that have been made and possibilities we are considering. He has also done much work behind the scenes supporting the staff through some difficult times. Gary (the Clerk) has asked me to add his thanks to mine. Nick’s wise counsel will be missed by both of us, as well as the Parish Council as a whole.”