The former Youth and Community Centre on The Green could soon be put back into use as a “community hub” for our village if a group of Ruddington residents has their way.

In 2014, the Nottinghamshire County Council-owned premises were threatened with closure when government spending cuts  meant the council could no longer afford to run them. Subsequently, however, they were leased out to fitness firm Project Body UK on the basis that youth provision would be reintroduced there three days a week.

This began to happen last summer and several community organisations and groups were again starting to use the facilities on a weekly basis. But then Project Body UK closed down after running into financial difficulties last December, and the building  has lain dark and disused ever since. It was also targeted by vandals in June 2017, emphasising the need to do something with the empty property sooner rather than later.

Now, a group of local residents has come together to propose taking over the building as “The Green Space,” should the County Council decide to put it back out to tender.

This is a community-led initiative and the group is welcoming other people’s ideas and involvement. Dedicated “Green Space” stalls at the Ruddington Summer Fayre and James Peacock 50th  anniversary celebration event provided an opportunity for residents to give their thoughts and ideas about how the space could be used. And an online survey has already garnered almost 200 responses. 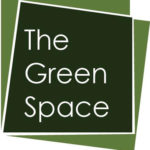 Ian Wilson, one of the project leads, said: “We would like to make a space in the village where people can come together. We will provide the space and support; we ask you to provide your ideas and passion. We would like to thank local businesses Adlard Print, Jaspers Café and Mr Tee for their support, which gives us confidence that ‘The Green Space’ will be a true community hub. From local information, a crèche, pop-up shops, event hire space, through to art exhibitions, alpacas and coworking space – the potential for this fantastically situated space is endless!”

Joanna Jagiello, also a member of  the The Green Space group, added: “As well as providing a real and effective community hub, we want to provide Ruddington with a place to be proud of. So our proposal will not only include excellent community-driven services but will also include plans to improve the appearance of the building itself.”

The project team hope to hear from the County Council soon.

Graham Wright at RUDDINGTON.info, with input from Mark Pinks