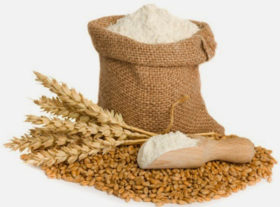 During a weekend in late January, piles of mysterious white powder appeared around our village centre. Social media went mad and speculation was rife as to who might be responsible and why – and even whether the unidentified substance may be harmful to our pets and wildlife.

Kaye Chem discerned via Twitter that the trail had been laid by Quorn Hash House Harriers (QH3) who ‘…belong to the worldwide phenomenon of Hashing and run/walk for fun in the Nottingham-Derby-Leicester area following a trail marked with flour.’

As I had actually seen two people with bags of flour, I took the liberty of contacting the group and received the following reply: ‘I must apologise to those in Ruddington who became concerned over the white powder on our Sunday trail around Ruddington and its environs.’

They also explained that they usually do their trails in the countryside, but in the winter months they use urban trails and accordingly their marker, i.e. the flour, is more obvious to local residents.

I have suggested that in future they might use social media to alert urban areas to upcoming events, a suggestion they have acknowledged as a sensible one.

Apparently they always welcome new members and usually finish the trail in a local hostelry. The Frame Breakers was their finishing point on their visit to Ruddington.