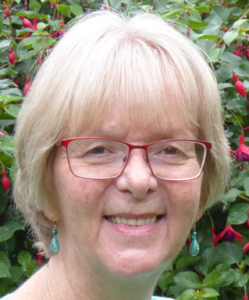 On Saturday 7th December, local author Dorothy Houghton will be available to sign copies of her second book, titled “I love you so much I died for you,” in The Honeycomb shop on the High Street from 11am to 3pm.

Dorothy’s first book, “Your daughter’s not in Heaven,” was her autobiography and tells the story of how, on the brink of suicide, she came to faith through a miraculous healing in St Peter’s Church.

In this new book, she tells of the 21 times she has heard the voice of Jesus and how His words have impacted her life. Her hope, Dorothy says, is that these words will also impact the lives of others.

Dorothy has lived in Ruddington for over 40 years. She taught French at Fairham Comprehensive School in Clifton and The King’s School in the Meadows.  After retraining, she then became an English teacher at the former Central College.

Now retired, Dorothy is a busy Grandma to her two grandchildren, as well as doing missionary work in some of the deprived areas in the city of Nottingham. She is married to Mike and worships at St. Peter’s Church.