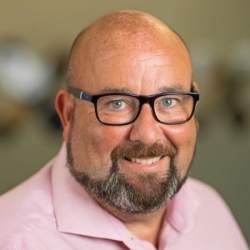 The identity of the generous individual responsible for envelopes stuffed with cash being delivered to households in Ruddington, Clifton and Silverdale for the last six Christmases has been revealed by The Daily Express.

Just before the big money-drop this Christmas – when £5,000 in fifty envelopes handwritten with “R.A.K.” or “Random Act of Kindness” each containing £100 in £20 notes were posted through the letterboxes of lucky local recipients – the newspaper identified the “Secret Santa” as self-made millionaire Joe Soiza.

Mr Soiza hails from Clifton and founded Nottingham-based online healthcare company UK Meds with his son Mason in 2016. He decided to admit his involvement this year following intense local speculation. He told The Express: “This is our sixth Christmas and it’s been harder each year to keep it anonymous. It’s always been quite cloak and dagger, but with a lot of whispers about who is behind it. People are putting two and two together, so it’s time to come clean.”

Wife Joanne and sons Mason, Brett and Owen helped Joe devise and execute this annual, charity initiative. He explains that he was inspired to help people from his boyhood home after a big win on the horses: “I’d seen an article about random acts of kindness, and it just struck me what a nice thing it was to do. We upped it to £5,000 last year and expanded our patch a bit further, to surprise more people.

“We are always incognito, picking out houses to post the envelopes through. Last year we targeted some families with kids at bus stops, jumping out of the car and handing the envelopes over, just saying ‘Merry Christmas’ and driving off. It was brilliant! We didn’t think we could keep it a secret forever though,” he admits.

Joe tells us that 12 families in our village received an envelope this Christmas – each containing £100 – posted on December 23rd.  “It’s truly random,” he confirms, “100% around the Rushcliffe Country Park and Elms Park areas this year. All things being well, we will carry on for as many years as we can!”