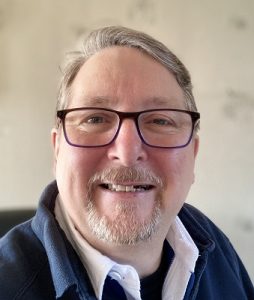 I’d like to introduce myself to you as the new Chairman of the Ruddington and District Branch of The Royal British Legion.

You may know of the sad passing earlier this year of our longstanding Chairman, Mr Ken Hicks. Ken worked hard for the Branch, the county and Ruddington, and will be missed by many.

However, the Branch will continue and we need a chairman / chairwoman to act as head of the Branch and to steer our new course. At the Branch Meeting in May 2022, the position of chairman was discussed by those in attendance. The Vice Chair, Ms Helena Bradley, stated that she didn’t want to take on the role.

It was suggested to me that I might volunteer myself, which I did, and was voted in unanimously, with two abstentions. My position is safe until the next Branch AGM, which is to be held on Thursday 3rd November 2022, and to which you are cordially invited.

I’ve agreed to put myself forward for the Office of Branch Chairman for the next five years, meaning that in November 2027, a new Branch Chairman will need to be found.  Or indeed, if someone else, possibly a local, wishes to stand, I’ll gladly step aside for them.

So, let me tell you a little bit about myself. Some of you will know me, but many will not.  I’m now 62 years old and I’ve been a member of the Ruddington Branch for many years, and been associated with it since 1980, attending many of the regular meetings and social events. In that time, I’ve been the Vice Chairman and Branch Secretary for various periods.

In 1981, I joined the Army, where I spent 22 happy and productive years serving and gained the rank of Warrant Officer Class One. Then followed a further two years as a full-time Reservist.

In 1982, I married Michelle Raynor, the daughter of longstanding Branch members, John and Doris Raynor.  Michelle, who is Branch Treasurer, and I have two adult daughters, both also Branch members, and we have three lovely grandchildren. Michelle and I live in Toton.

I’m pleased to step in to be your Branch Chairman but as I said earlier, if there’s someone else, possibly a resident of Ruddington, I’ll gladly step aside and help them with keeping the Branch functioning.

Which leads me to the next and final point. We have 27 members of the Branch, but looking back at the minutes of past meetings for many years, we seem to get less than 10 attendees, including the Chairman, Vice Chair, Secretary and Treasurer. Often, these Officers are the only attendees.

I’m sure there are more people within the Ruddington and District are who would like to get involved with our meetings and social events – and I encourage you to come along and bring others along with you. We need to grow the Branch and also spread the workload.

I have some new ideas for the Branch that I’ll be putting to the November meeting (AGM) and it would be nice for more than a handful of people to hear and discuss them!

The AGM will take place on Thursday 3rd November at 8pm in the Committee Room (Lounge) at St Peter’s Rooms. I look forward to meeting you there or at one of our future meetings and events.

For more information, please email me at RuddRBLchairman@gmail.com or visit www.rbl.org.uk.