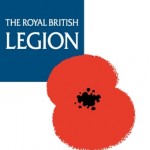 The Ruddington and District Branch of the Royal British Legion are pleased to announce that the collection for the Poppy Appeal which took place between 1st October 2010 and the 30th September 2011 has realised the sum of £9,444.35.

Mr K R Hicks, Chairman of the local branch, would like to thank everyone who helped and contributed.