The selection of candidates who’ll battle it out in the Nottinghamshire County Council elections has already begun. 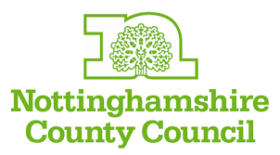 The vote will be taking place on 6th May 2021, with current Ruddington representative Reg Adair standing again for the Conservative Party. However, with Andrew Brown standing down after two decades due to retirement, Mr Adair’s new Conservative running mate has been announced as Matt Barney.

44 year-old Matt says: “I am truly honoured to have the opportunity to stand for my local community in next year’s election. I believe that local politics is about local people and I would be honoured to be elected as your local voice at the County Council.”

Meantime, Rushcliffe Borough Councillors, Mike Gaunt and Jennifer Walker, have been chosen as the Labour Party candidates to stand against them. The Ruddington based duo (pictured below) say they are “…very excited to have been selected by the members of Leake & Ruddington for next year’s County Council election in May 2021.” Mike is also a current Ruddington Parish Councillor. 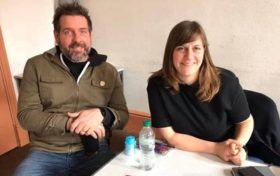 Altogether, there’ll be 66 Council seats up for grabs across Nottinghamshire. Currently, 36 of those are held by the Conservatives, 22 by Labour, 6 by Ashfield Independents, 1 by a Liberal Democrat and 1 an Independent.

Nottinghamshire County Council provides more than 400 services which are utilised by people living, visiting and working in Nottinghamshire. However, it courted controversy in September 2020 by launching another public consultation on creating a unitary authority for the County.

If approved, this proposal is likely to mean disbanding many other local authorities, such as Rushcliffe Borough Council, with its roles and responsibilities absorbed into an even larger combined authority.

The results of this consultation, which finished on October 19th, have yet to be revealed by the County Council.  Meantime, polling cards for all villagers who will be eligible to vote should be dropping through letterboxes early in the new year.