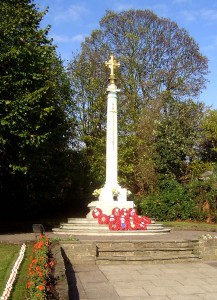 As in previous years, this Anniversary was observed at the War Memorial on Church Street at 11.00am on Wednesday 11th November, in the form of a 2 minute silence by members of the Ruddington and District Branch of the Royal British Legion.

Thanks to all members of the public who attended.