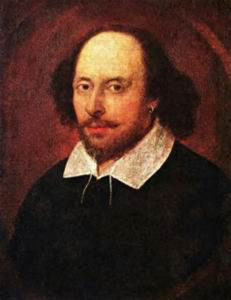 To commemorate the 400th anniversary of Shakespeare’s death members of Nottingham Shakespeare Society have been invited to the Framework Knitters Museum.

They will perform short pieces from nine of his plays interspersed with the occasional sonnet and interesting facts about the Bard himself, and “fair play” to them – they are very entertaining.

Some people may think that Shakespeare’s “all Greek to me” but they will enjoy this, and if “they’ve a tongue in their head” they can come and heckle at Mark Antony and help raise funds for the Museum’s development and expansion fund.

(Sayings in quotes originate in the works of Shakespeare.)

in the old CHAPEL, Chapel Street.