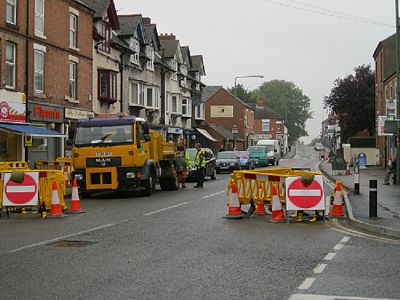 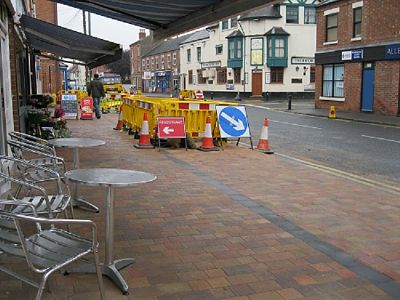 The temporary one way system, recently put in place to enable new pavement works on the High Street, is proving a mixed blessing so far. Most drivers are following the new route, which is clearly marked with signs as well as barriers to prevent traffic turning the wrong way. However, a minority of people are confused by or ignoring the one way rule, to the extent of removing the barriers so they can drive around them. Several accidents have been reported, as well as a number of complaints made to the Parish Council. On the other hand, some residents have said they’re in favour of the one way system being made permanent – so the reaction so far has been mixed.

Borough and Parish Councillor Peter McGowan commented: ‘This is a Highways issue, so the Parish Council’s influence is limited. My own view is that a permanent one way system would be good for the High Street, but it would cause a huge increase in traffic on Church Street, leading to parking issues and problems for pedestrians.’

Reg Adair, Ruddington’s County Councillor also gave us his view: ‘I would support a one way system in Ruddington especially along the High St between Church Street and Kirk Lane. There is a future for a permanent one way system through the village if we can find a way to make it work effectively.’

We’ll keep reporting on the pavement works and one way system as the situation develops. In the meantime, we’d like to urge all drivers to please follow the correct route through the village!