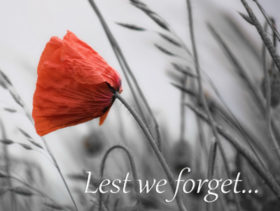 Lads so very young in years.

Some so young that they shouldn’t have been

Even witnessing those terrible scenes.

Let alone fighting in the trenches surrounded by death.

Giving everything they had to give.

Wondering if they are going to live.

Scared to death they fought the fight.

Death was within their sight.

Cholera, Trench Foot, a bullet…which was going to get them first?

Which could actually be the worst?

They gave their lives so that we may be free.

It is not just the injuries that we can see.

The missing limbs, the arms the legs, it is the trauma going on inside their heads.

With Post Traumatic Stress Disorder, flashbacks, night terrors to name but a few.

How are they ever going to forget what they went through?

Of all the things they had to do.

They won’t, it will be with them until the end of their days.

They will then take it with them to their graves.