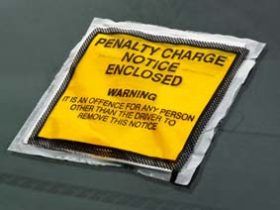 Did you know that our village traffic warden service is provided by Broxtowe Borough Council, via Rushcliffe? These days, traffic wardens are known as enforcement officers, but the job they do is still pretty much the same. However, the Parish Council has recently agreed a change in tactics with Broxtowe to help tackle specific parking issues in the village.

As a result, we had fewer visits from our two enforcement officers in October than in September (92 and 168 respectively), but the visits were more focused than usual on drivers parking illegally at peak times. And despite the lower number of visits these tactics paid off, as our officers issued 21 Penalty Charge Notices in October, compared to 18 in September.

As well as issuing tickets, the officers also made 309 observations in October (384 in September). This involves warning a driver that they’re illegally parked and asking them to move on. The car in question might have parked in an illegal location (such as on a double yellow line or over a dropped kerb), at a prohibited time (such as outside Sainsbury’s at peak times), or have parked in a time-restricted location for longer than permitted.

There are lots of places to park safely and legally in our village, so please show consideration for your fellow residents. If you do park illegally and are spotted by an enforcement officer, a Penalty Charge Notice will cost you up to £70 – you have been warned!